Open May to October

A teepee is considered ‘a living, breathing space’ by indigenous peoples. It makes it possible for us to experience what nomadic culture life was like for the First Nations Plains people. It also allows us to connect with ceremony, ancestors, Mother Nature and our self, with the central fire pit representing ‘Self’, where all-knowing expands from within.

Thunder Wolf is a twenty-two foot teepee which was installed at Grail Springs on the Summer Solstice 2012 and blessed by a Golden Lake Elder.  'Thunder Wolf' was named after the Wolf family clan with ties to Mohawk and Haida nations. The wolf animal totem holds ‘teaching energy’ and we utilize this space for sacred ceremonies, teachings, talk circles and healing. At the very moment the poles were raised, an auspicious roll of thunder exploded in the sky hence how it got its name. Guests are welcome to use this space for contemplative meditation at their leisure.

Other interesting facts about the teepee: 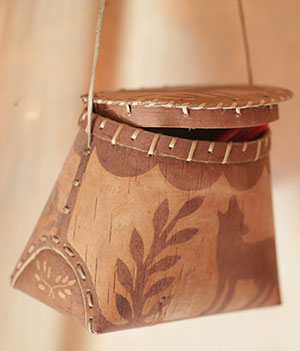 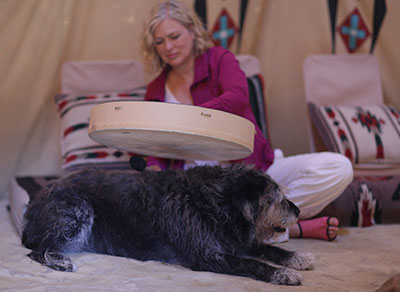 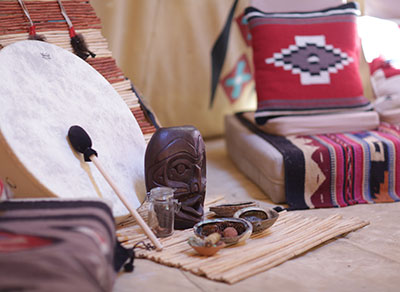 "The secret to restoring our planet back to balance lies within the heart of the individual who connects with their primary mother, Mother Earth. It is here we become One with all things sacred, find ourselves standing in Grace, and with a new ability, to harm nothing."
Madeleine Marentette