The Story Behind the Grail Mantra 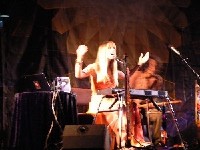 Mick Jagger recorded a song with Bono called 'Joy' on a solo album entitled 'Goddess in the Doorway'.  Jagger sings of a defining moment in his life where he experiences the gift of 'the state of Grace' and the revelations and healing that followed. It was this experience that I too had two-and-a-half years into post-partum depression, a debilitating condition that hits millions of new mothers around the world each year. One morning in 1999, having just showered, I was standing in front the mirror. I was a single mom, exhausted, overweight, depressed, isolated and feeling purposeless.

I had not sought professional help for my condition, nor had I found a way to express my grief to anyone, not my mother nor my closest friends. But I was asking for help internally. I desperately wanted to find my way out of this darkness. On this particular morning I turned on the radio and the theme song from the blockbuster movie Titanic came on; 'My Heart Will Go On', performed by Canadian singer Celine Dion. The etheric music filled the room. I closed my eyes and it pulled me into some other place. I found myself standing tall, hands over my heart, then raising my arms up over my head and I just started to move, first into a standing yoga pose and then another. I was being lifted up by an unseen force. By the end of the song I was on my knees, purging tears of joy and the bitter-sweetness of it all. In gratitude, humility and reverence, I knew I was spontaneously healed, released from depression forever. I was enveloped in the 'Presence of Grace'. 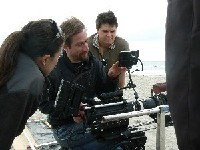 I've never known a day of depression since. I understood that my life was sacred and purposeful. The experience gave me the inspiration to create a daily practice for myself and one that could induce a similar experience for others. Today it has become an integral part of the daily program at Grail Springs, shared with thousands of individuals. Then came the filming of it in September 2008. I was fortunate enough through a series of serendipitous events, to be introduced to Miten and Deva Premal who then gave me permission to use the song Aad Guray. I was invited to meet them at their concert held inside Grace Cathedral in San Francisco, followed by an intimate music workshop unlike anything I had experienced before. I found myself in a complete state of gratitude, humility, grace and reverence once again. I had come full circle. 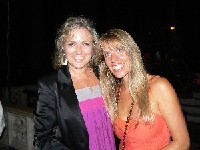