by Heather Moore for Care2 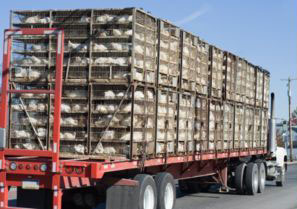 might take a while for Al Gore and other noted “environmentalists” in the U.S. to branch out from giving “safe” advice like "use energy-efficient light bulbs" and "recycle"—and American politicians may not even be all that quick to promote an official meat-free day—but one of the top climate chiefs in the U.K. is taking the lead. Lord Stern, the author of the 2006 Stern Review on global warming, recently told The Times, “Meat is a wasteful use of water and creates a lot of greenhouse gases. It puts enormous pressure on the world’s resources. A vegetarian diet is better.”

Amen to that! This issue will hopefully now be a key topic of discussion at the Climate Change Conference in Copenhagen in December. As The Times noted, Stern is in favor of a “successful deal” that will send the cost of meat and other foods that generate lots of greenhouse gases, soaring. 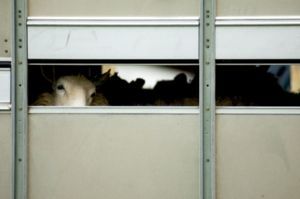 Many people are quick to point the finger at Hummers and power plants, but when researchers compared the amount of fossil fuel necessary to produce various foods, they found that switching to a vegan diet is even more effective in countering climate change than switching from a gas-guzzler to a hybrid.

If you measured power plants by CO2 alone, they would appear to emit more greenhouse-gas emissions than animal agriculture does. However, power plants don't generate energy for their own sake, but rather to provide power for industrial and consumer purposes—like operating factory farms.

"Switching to a vegan diet is even more effective in countering climate change than switching from a gas-guzzler to a hybrid."

In fact, the meat, egg, and dairy industries use enormous amounts of electricity from power plants to process feed crops; to provide ventilation, lighting, and heat for factory farms; to operate slaughterhouses and processing plants; and to refrigerate animals' flesh, eggs, and milk for transportation around the country. Overall, it takes 11 times as much fossil fuel to produce a gram of animal protein as it does to produce a gram of plant protein. 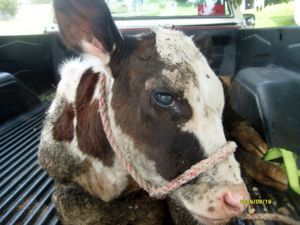 When responding to criticism that measures to tackle climate change are partly to blame for the rise in food and energy costs, Yvo de Boer, the head of the United Nations climate agency, said, "The best solution would be for us all to become vegetarians."

As I’ve mentioned before, other environmental experts are onboard with this idea, including Dr. Rajendra Pachauri, the chair of the United Nations Intergovernmental Panel on Climate Change, who implores people to have at least one meat-free day a week to help halt climate change, but ultimately to go vegetarian.

And now we can add Lord Stern to the list. While not a strict vegetarian himself, his views and actions will likely continue to evolve, just as he predicts that people’s attitudes will evolve until meat eating becomes unacceptable.

If I’m still alive when this happens, I’ll figure out how to do a backflip.